Stableford (2007) details the historical formation of Cosmic Horror prior to Lovecraft. Describe in brief this formation and how it affected the Lovecraftian School of Cosmic Horror which would soon become the gold standard. Can you see any of these historical movements having an influence in The Shadow Over Innsmouth or The Void?

Lovecraft and The Void- the Horror of Science.

HP Lovecraft was a sad guy. Raised by an overprotective, yet unloving, mother, effeminate, friendless and fatherless – having lost his father to madness caused by syphilis– he believed himself ugly and was plagued by nightmares as a child. (Lovecraft: Fear of the Unknown, 2008) The amalgamation of this childhood, his atheistic views and his utter paranoia was a perfect breeding-ground for the cosmic horror he created, not to mention that -although he was reclusive- Lovecraft was very much a product of the cultural zeitgeist of his time.

Before Lovecraft, traditionally, horror had been rooted in the fear of God, the devil and the crossing of spiritual boundaries – 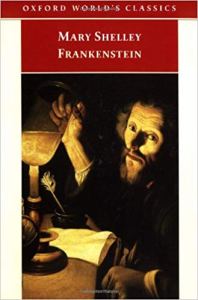 the practice of witchcraft, paganism, or the attempt at “playing God” such as in Mary Shelley’s Frankenstein (Stableford, 2007).

But the beginning of the 20th Century brought much change in the social and scientific world, bringing terrors both more corporeal and existential. America experienced extreme economic highs and lows in Lovecraft’s lifetime, giving way to bigger and more literate audiences, but in an increasingly cosmopolitan world (Rogers, n.d.). People in turn-of-the-century America were more educated, better connected, and wealthy; the fears of the time were becoming more modern. Lovecraft’s stories often depict characters dissolving into madness from attempting to comprehend truths too vast for human understanding. Lovecraft invented the genre “in which horror arises from knowledge that is too much to bear.” (Stableford, 2007). If heaven and hell were bound to humans and earth, then the idea of an endless cosmos of impossible size that relegates our entire planet to a mere spec of dust on the space-time continuum could inspire horrors that could even dwarf the devil. 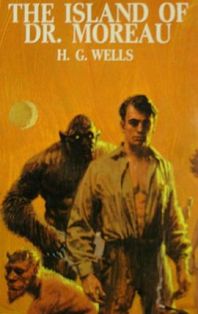 A growing horror of the possibilities of scientific advancement was, by the time of Lovecraft’s youth, already there on the bookshelves. H.G Wells’ The Island of Doctor Moreau was published in 1896 – a story steeped in the gruesome reinvention of the flesh and the crossing of lines between animal and human. Edgar Allen Poe, a favourite of Lovecraft, had published a prose poem called Eureka, in 1848, which details a number of vast, uncaring universes, (Stableford, 2007). In the Shadow over Innsmouth, these early versions of horror are explored alongside the greater ramifications of such notions- Lovecraft asked a frightful question- if such inhuman yet conscious creatures can exist, what does that mean for us as a human race?

The Void and The Shadow Over Innsmouth answer this question in very different ways, but end up with essentially the same answer: nothing. Well, not nothing exactly, but the vast uncaring nothingness of a universe that couldn’t give a damn about the human

search for meaning in the world. In TSOI, the protagonist begins as a reasonably curious man looking about a strange town, and ends up as a half-human creature looking forward to his transformation into the very thing that so terrified him throughout his tale. In The Void, more characters experience transformation into the grotesque, and in more viscerally disturbing ways. The protagonist in The Void doesn’t end his story craving the power that comes from a grotesque transformation into the inhuman – that comes in form of the Doctor who wishes to be a god, like Victor Frankenstein without his fatal moral compass. Both stories do, in the end, glimpse a universe of magnitude massive enough to drive men mad.

It can definitely be argued that there are better stories in which these themes are explored- The Void, while undeniably horrifying, falls apart towards the end and unfortunately doesn’t succeed at the Cosmic horror end of the storytelling equation,(Harvey, 2017). Also, the crossover between biologically grotesque and the fear of a universe too complex for human understanding is, debatably, better described in Lovecraft’s 1920 short story, From Beyond.

Whether or not the works have perfectly captured their intended meaning, the moments of catharsis are absolutely there, exploring the themes of cosmic horror and body horror from standpoints deeply inspired by the fabric of stories that came before them.

Stanford, B. (2007). Cosmic Horror. In S.T. Joshi (Ed.), Icons of Horror and the Supernatural: An Encyclopedia of Our Worst Nightmares, Volume 1. California, Greenwood Press.